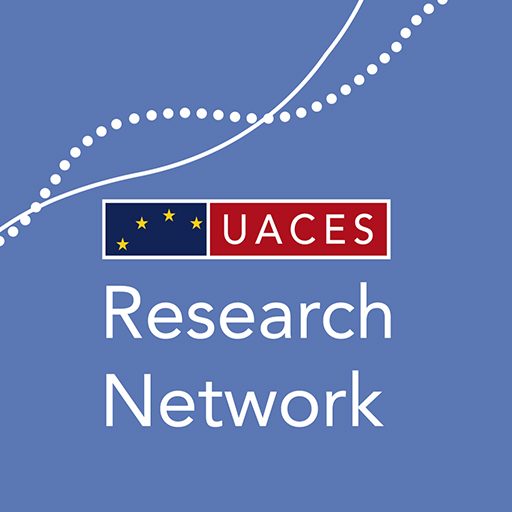 At the end of 2018, the UACES  Gendering EU Studies Research Network and the Quaker Council for European Affairs (QCEA) brought together a group of academics, civil society, policy makers, practitioners and military officials who work on gender to consider the integration of gender into peace and security from a European perspective. The resulting discussions shed light on some of the current challenges and future opportunities to realising an inclusive vision of peace and security and the transformative potential of the Women, Peace and Security agenda. Despite the different backgrounds and perspectives of participants, some key issues emerged which we consider further here. They related to ownership, advocacy, insider-outside coalitions and ensuring the change we pursue is the ‘right’ change.

The Women, Peace and Security (WPS) agenda is encapsulated in UN Security Council Resolution 1325 and the seven follow-up resolutions (UNSCR 1820, 1888, 1889, 1960, 2106, 2122 and 2242). It calls for women’s inclusion in peace and security, but also highlights their particular needs in conflict and post-conflict situations. It calls on the UN and member states to integrate gender into their peace and security apparatus. As the Women’s International League for Peace and Freedom (WILPF) highlight, the WPS agenda has transformative potential or ‘the potential to escape cycles of conflict, to create inclusive and more democratic peacemaking and to turn from gender inequality to gender justice’.

Who can claim ownership of the Women, Peace and Security agenda? The UN, many member states and regional organisations including the EU, NATO, African Union (AU), Organization for Security and Co-operation in Europe (OSCE) all claim the relevance of WPS to their own work through their respective policies on the issue. This is in many respects a positive development, yet, it also requires reflection. WPS did not originate out of thin air with the adoption of UNSCR 1325 by the UN Security Council in 2000. Indeed, the Resolution built on decades of feminist organising inside and outside of the UN. From The International Women’s Congress in The Hague in 1915 to the UN Conference on Women in 1995. This knowledge building created the space to consider a reconceptualisation of what ‘peace’ and ‘security’ mean for those whose needs are often marginalised or excluded from such policy considerations. It is crucial that academia, civil society and those working within institutions on WPS acknowledge this, as well as the global nature of the WPS agenda.

At a European level, much scholarship has emerged to examine regional engagement with WPS by actors such as the EU and NATO. While this is welcome, it also bears reflection that Common Security and Defence Policy (CSDP) (which has been the focus of much of this research) is not the only EU policy area for which gender is relevant. If, as we claim, the EU and EU Studies are co-constitutive – meaning that the way we study the EU ‘shapes the way we understand it and determines which elements take center stage’ – then feminist scholars need to be cognisant not to reify a narrow militaristic definition of security, and relatedly the relevance of WPS, in their own work. They need to heed the warning of their civil society counterparts.

As we approach the 20th Anniversary of UNSCR 1325 we can see that there has been much progress. Yet, in many countries, including within Europe, we see pushback and regression on gender equality. Gender and gender studies are under attack and often branded as ‘gender ideology’. We are then at a critical juncture for the WPS agenda, will it go forward or will it go backwards? And will we know what distinguishes these two trajectories? In order to ensure we are pursuing the ‘right’ change gender advocates need to be reflective. This means considering whose security are we talking about? How do we make sure it is as inclusive as possible? And, who do we involve in addressing these security concerns?

Within our own fields (be it the military, policymaking, civil society or academia) we also face push back. Be it day-to-day microaggressions because of our work as gender advocates or the still all too common assumption that ‘gender’ = ‘women’. Something only reinforced by the title of the Women, Peace and Security agenda (even if it does encompass gender mainstreaming and provisions for men and boys). This speaks to one of the compromises made to ensure the UN Security Council would adopt the WPS agenda, ‘gender’ was felt to be too ‘political’ for some members of the Security Council to palate. Naming the agenda Women, Peace and Security also centered women and moved them away from the margins of peace and security. Yet this decision has contributed to reinforcing perceptions that gender is only applicable to women.

Building on this, our discussions also drew attention to the fact that men’s experiences of ‘doing’ gender are often very different to women. Often their expertise is not questioned in the same way as women’s often is. Men can also face an assumption that it is somehow more noteworthy that they are engaging with gender issues than their women colleagues (again often built on a false premise that gender = women). Practically, men as gender advocates can use their positions to draw attention to the work of women colleagues in this area (who may not be getting credit which is due), they can also refuse to participate in all-male panels which we found to be an issue across all our areas of work.

The symbolic exclusion of women remains pervasive across civil society, policymaking, academia and military circles. Yet women’s inclusion across peace and security issues is a key underlying principle of the WPS agenda. Women’s absence is noticeable in the all-male panels which are still evident in some panels at conferences such as the 2018 Paris Peace Forum and the International Studies Association (UACES has now banned all-male panels). Some of the responses often received by those who call out an all-male panel are nicely summarised in these bingo cards produced by Sam Cook (and free to download). One token women on a panel is just as damaging as an all-male panel, with that women effectively speaking for all women as a homogenous group. Having no women is a visible representation of a silence in the field. How do we ensure the message of representation and inclusion is heard?

For feminist academics within the discipline of Politics and International Relations there are signs of progress, with many Universities now actively appointing gender scholars. And while this is welcome, there is a real danger that these scholars then come to embody the institution’s commitment to gender equality at the expense of real structural change. The same could be said for the appointment of Gender Advisors in militaries or at the EU or NATO, and gender positions within civil society organisations. We need to be careful that this does not let others of the hook for their own responsibilities for ‘knowing’ gender.

The feedback we received from the workshop highlighted the value of conversations across silos. Bringing together academia, civil society, policy makers and military demonstrated some of the commonalities in the challenges we face. It provided a space to share lessons and strategies from our own experiences. So how can ‘outsiders’ and ‘insiders’ better support each other? Part of the answer certainly lies in recognising the value of situated and experiential knowledge of gender as well as that gleamed from scholarship endeavour (see also Aiko Holvikiki’s discussion of this). There are significant experiences in our shared experiences as gender advocates, learning from each other has to be part of pushing for transformative change to the current flawed peace and security architecture.

The workshop was held on the 26- 27th November 2018 at Quaker House in Brussels under Chatham House rule. It was co-convened by the Quaker Council for European Affairs (QCEA) and the Academic Association for European Studies (UACES) Gendering EU Studies Research Network. It also received funding from Newcastle University. We would like to thank all the participants for their contributions.

About QCEA: The Quaker Council for European Affairs (QCEA) works to bring a vision based on the Quaker commitment to peace, justice and equality to Europe and its institutions. It does so through a peace and a human rights programme through its publications, a quiet diplomacy approach and through its networks such as the European Peacebuilding Liaison Office and Human Rights and Democracy Network.   It recently published Building Peace Together, which makes the case for peacebuilding, including through gender inclusiveness.

About the UACES Gendering EU Studies (GES) Research Network: is funded by UACES and brings together a rich and growing body of work in the area of gender and EU politics and policies. The Research Network seeks to explore and challenge the obstacles which curtail feminist influence in EU Studies and leave gender analysis on the periphery.

The authors and conveners of the workshop:

An official ban on sexist jokes?: The Council of Europe’s Recommendation on preventing and combating sexism | The momentum around gender equality is both a risk and opportunity |

Towards an Inclusive Peace and Security: taking stock on the gender dimension |